“Our daily lives are the vehicles for awakening, for freeing ourselves and others from suffering.” Roshi Joan Halifax 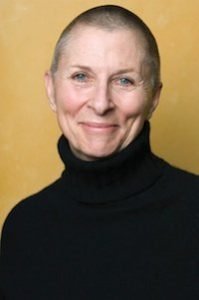 Joan Halifax and I were a part of that rich broth of creativity and humanism that was exploring new dimensions of healing, personal growth, and spirituality at Esalen Institute back in the 1970s. Roshi Joan Halifax is an anthropologist and an activist, a wild child of the sixties and a celibate Zen priest.

She is the founder, abbess, and head teacher of Upaya Zen Center, a Buddhist monastery in Santa Fe, New Mexico. She is best known for sitting at the bedside of terminally ill patients and pioneering a form of contemplative care, known as the Being With Dying project, now in its seventeenth year. One of her core messages is “Strong Back, Soft Front”, a concept she will share with us during this hour.

We will examine the similarities and the differences between empathy and compassion, and why the Dalai Lama has said that love and compassion are not luxuries, that actually they are necessities, if human life is to survive on this planet. Roshi Joan will also share with us the essence of the GRACE process and other insights on developing our ability to experience both the power and the vulnerability of compassion.

Joan was born in 1942. At age four a serious virus caused her to go legally blind, from which she recovered two years later. Central to her recovery was the care of a black woman who was the daughter of slaves. You will learn the incredible gifts she received through the loving, selfless, humble, soulful care rendered by this woman, and how being blind taught her so much about the inner life.

She went on to become a civil rights activist and a protester against the Viet Nam war, then went on to receive her Ph.D in medical anthropology and psychology. She went to Mali, where she studied and learned from the indigenous Dogon tribe, and to Mexico, where she studied the Huichol Indians.
Don’t miss the wise words and the indomitable spirit of this wise woman!

Support Dr.Miller’s Conversations with your purchase of: 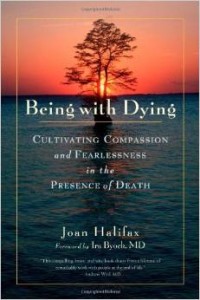 Being With Dying: Cultivating Compassion and Fearlessness in the Presence of Death

The Buddhist approach to death can be of great benefit to people of all backgrounds—as has been demonstrated time and again in Joan Halifax’s decades of work with the dying and their caregivers. Inspired by traditional Buddhist teachings, her work is a source of wisdom for all those who are charged with a dying person’s care, facing their own death, or wishing to explore and contemplate the transformative power of the dying process.

The Fruitful Darkness: A Journey Through Buddhist Practice and Tribal Wisdom

Buddhist teacher and anthropologist Joan Halifax Roshi delves into “the fruitful darkness”—the shadow side of being, found in the root truths of Native religions, the fecundity of nature, and the stillness of meditation. In this highly personal and insightful odyssey of the heart and mind, she encounters Tibetan Buddhist meditators, Mexican shamans, and Native American elders, among others. In rapt prose, she recounts her explorations—from Japanese Zen meditation to hallucinogenic plants, from the Dogon people of Mali to the Mayan rain forest, all the while creating “an adventure of the spirit and a feast of wisdom old and new” (Peter Matthiessen). 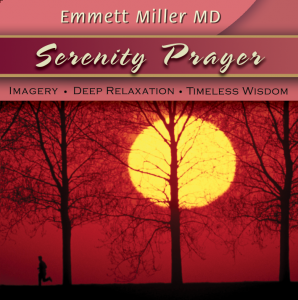 Meditations and guidance for opening to the Serenity, Courage, and Wisdom that can nurture compassion. Awakening the Leader Within – Discovering and touching your mission and inspiration, awakening your gifts, talents and skills, and participating in the new Distributed Leadership model that can transform our world, one cell at a time 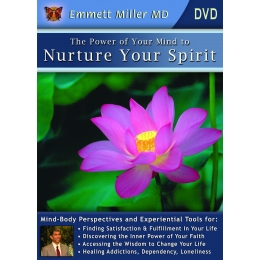 The Power of Your Mind To Nurture Your Spirit:  How to Awaken and Empower Yourself

A DVD featuring Dr. Miller and his guidance towards the emergence of our personal sense of spirituality and the power that lies therein. For more than 2 hours, Dr. Miller, in his uniquely soothing and wisely entertaining way, will take you on a journey of discovery: a self-guided exploration of spirituality. Spirituality is the process of separating the superficial from the essential, and as you listen you will find that to discover spirit is to discover the relatedness of all existing things.