The Occupy Wall Street Movement and The Immortal Corporation Machine

In response to those who have asked for my opinion about the Occupy Wall Street movement that turned into the Occupy Everything movement: I believe that there is a gradual movement towards people truly seeing the nature of the energies we are allowing to shape the conditions under which we live. I tried to state the situation clearly in Chapter 10 of Our Culture on the Couch – 7 Steps to Global Healing. (btw, a free eCopy is still available to you with your free newsletter signup at DrMiller.com). Here is a portion beginning at page 175:

A corporation is treated, under the law, as a person – it has rights under the law, many of the same rights as a flesh-and-blood person. Yet it is most assuredly not a person ¬– it cannot breathe, it cannot bleed, it cannot love. A corporation is a machine, a legal fiction, created by another machine: the legal system. Be clear on this, for it is the root of many problems: Corporations – nonliving, mechanical, essentially immortal entities (once, corporate charters were for a limited period of time) – have been given the rights of living, feeling, mortal human beings. These mechanical entities, some with enormous power, have been set loose on humanity without adequate governing mechanisms. 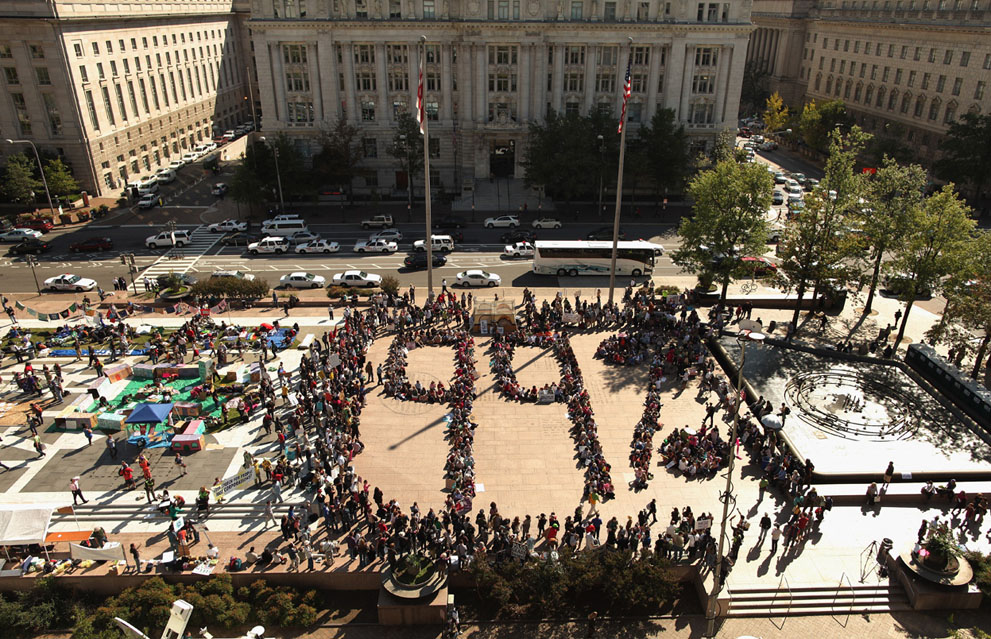 In recent years corporations have even been given the right to patent life forms. There is no requirement that corporations exhibit socially acceptable behavior in the way that individuals are required to. There were attempts to pass laws that would have required them to be good citizens, but they were defeated. Conventional wisdom was that corporations would behave themselves for their own self-interest – that they would not saw off the branch they are sitting on. A little observation of corporate behavior in the recent past suggests otherwise.

“Those of us who have looked to the self-interest of lending institutions to protect shareholder’s equity — myself especially — are in a state of shocked disbelief,”-Alan Greenspan, former chairman of the Federal Reserve

In many ways some corporations behave like parasites, with no moral code, creating untold permanent damage, without being held to account. Nor are those operating them held responsible, except for the most heinous crimes. Executives receive obscene bonuses and golden parachutes as their companies lay off tens of thousands of employees and slide into bankruptcy, robbing both stockholders and employees of their investments and retirement funds. But the corporation is a machine, and does not care. “Obviously crime pays, or there’d be no crime”. – G. Gordon Liddy

It gets to do business, be protected by the police and the armed forces, to take on various identities through “Public Relations” (PR), and to influence the government through contributions and lobbyists. The problem is that an individual cares about his/her life, about family and social relationships, about reputation. But a corporation does not. It cannot, because it cannot care. It has no feelings, no soul, no spirit. The bottom line is, what will make the most money.

Not long ago we experienced a disturbing example of how corporations can behave in inhuman ways. One after another batch of toys we had imported from china was found to contain unhealthy levels of lead in their colorful paint. Then we discovered that discarded plastic byproducts, melamine, was being put in the pet food we were buying throughout the country. Thousands of pets died of kidney failure. As dozens of American companies go bankrupt, their CEOs walk away with multimillion-dollar salaries and bonuses, and the boards of directors make out pretty well also. Why bother caring, if you don’t get caught, you get rich, if you do, you declare the company bankrupt, and start another company.

My sense is that people are finally realizing what has been going on and that this may be the start of a new chapter. The system as it has been has to come to an end. Perhaps this is the beginning to see that end, and some of us want to have something to say about where we go next. The system will find a way to squelch those actions of the “Occupy” groups that are uncomfortable to it just as so many other clear and transformative movements were squelched (the ’60s, for example). But if they manage to tip the slant of the stories that are being told, there may well be a quality of empowerment that we have in the future we are creating with our collective mind.

So, beyond the inconvenience and loss the Occupiers are be causing to others, can we see that the System is vulnerable, that the Occupiers have a few good points, and that it is time that we create an even wiser movement to address the real issue here?