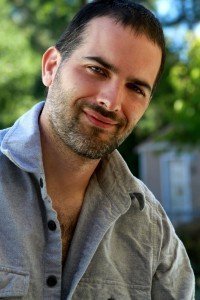 At the age of 20 years old, Brian was suddenly struck by a mysterious, debilitating illness, later labeled chronic fatigue syndrome, that lasted for years, leaving him in intense, daily, physical pain and too weak to effectively function in society. When no medical or other authority figure could explain the suffering that was happening to him, Brian made it his life commitment to inquire into human suffering.

Author of ‘The Big Glow’ and ‘The Wow of the Now’, International Life Coach & Counselor, Spiritual and Meditation Teacher.

What began was over 11 years of committed, serious inquiry, study and personal application into the fields of spirituality, religion, psychology, sociology, cosmology, ecology, health, arts, science, yoga, as well as the core of the enlightenment and self-realization teachings.

After leading a quiet, simple life for over a decade, Brian felt a passionate calling to share his straight forward, timeless, spiritual truths for the 21st Century in a modern context with those who are ready and interested.

For over 7 years, Brian has dedicated himself full time, professionally, and privately, to supporting the path of transformation, spiritual liberation and Self-Realization in individuals, families and communities around the world with a growing list of testimonials to show for it.

He works one on one, by phone, Skype, and in person with influential personal life coaching clients from around the world.

Brian has shared his message as a featured guest on numerous radio and television programs.

He has lectured at colleges, schools, festivals, expos and conferences.

His blog posts are read by thousands of readers each day.

He co-founded The Big Glow Online Community leading global online chats there weekly on aspects of his teaching and the inner workings of the mind as well founding the growing international network of Big Glow Community Houses.

He co-founded the new Facebook Community: The BE Generation: Spiritual Community for an Awakening World

With the unrelenting sole intention of educating and facilitating the awakening of consciousness and creating the New Earth inside individuals and communities around the world, Brian Piergrossi The Big Glow is the new face and new voice of awakened spirituality, peak performance and human potential in the 21st Century.

Contact him for a free orientation on how he can support your path of positive transformation: