The Power Of The Spirit to Heal And Empower Peak Performance: A Conversation With Brad Willis [Free Podcast]

We can rise from the ashes of the worst losses and illnesses, heal ourselves, and create high level wellness and peak performance. No one exemplifies this potential better than former war correspondent Brad Willis, our guest on this edition of Conversations with Extraordinary People.

In the 1960s, when Brad Willis was a teenager, he found himself to be feeling disgusted, resentful, and angry at the war in Vietnam, the racism in our culture, and the urban decay around his southern California home. Then, by a complete fluke of fate, he found himself interviewing for a job with a television station in a small town in Northern California, which soon led to his becoming a war correspondent, and the head of the Asian News Bureau for NBC –  and the winner of the broadcasters equivalent of the Pulitzer Prize.

He suffered a crippling, inoperable injury to his low back, was declared totally disabled, lost his job, his wife and son, gained 50 pounds and became a bed-bound prescription narcotics addict and alcoholic. And to top it all off, his exposure to depleted uranium in the Gulf War gave rise to an inoperable cancer. Given two years to live, he became a bed-bound, depressed, resentful grouch. 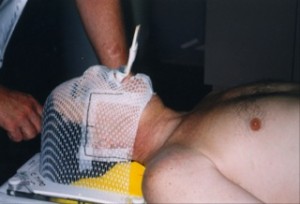 It was then that he encountered a new approach to healing at Scripps Institute, where he was introduced to holistic medicine, eastern thought, and one of my self–healing tapes. From Healing Journey, he learned a mantra. By continuing his inner work guided by this and the plaintive words of his young son, “Get up, daddy,” he was led through a remarkable experience of healing, the elimination of his cancer, and his regaining not only the ability to walk again, but the ability to become a yoga teacher and author of several books. There’s no one I can think of better equipped to describe the process of Peak Performance and Deep Healing. Don’t miss this show – the story of his life is a classic.