The Ecstasy of Forming a True Community: Our Evolutionary Past and Potential — A Conversation with Evolution Biologist Elisabet Sahtouris

Home » Free Audio » Conversations with Dr. Miller » The Ecstasy of Forming a True Community: Our Evolutionary Past and Potential — A Conversation with Evolution Biologist Elisabet Sahtouris 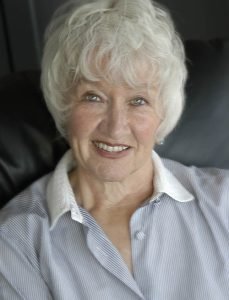 If we’ve made it through high school, we have learned about the concept of evolution and the notion of “the survival of the fittest.”   Today’s guest tells us that this is part of the story, but by no means the whole story!   There is a competitive phase to the story of evolution, but evolution biologists like today’s guest, my old friend and mentor, Elisabet Sahtouris, tell us that there is a later phase, the phase of cooperation.

In today’s fascinating conversation you will meet and explore, a brilliant woman who, early on, asked herself, “who are we, and where are we headed?” Through her studies in science she discovered that what she calls, “the maturation cycle” — how all living communities and ecosystems evolve from the competitive to the cooperative stage. She shares with us why humanity is now at exactly that maturation point.

You will learn how the most advanced levels of science now are reflecting to us the same wisdom that has been present in Christian teachings, the Vedic teachings, and the Islamic teachings, among others. Don’t miss this incredible show and it’s unifying guidance towards a paradigm shift and the ecstasy of forming true community.

Dr. Sahtouris is an evolution biologist, futurist, professor, speaker, author and sustainability consultant to businesses, government agencies and other organizations. Dr. Sahtouris currently holds the Elisabet Sahtouris Chair in Living Economies at the World Business Academy, based in Santa Barbara, California. Dr. Sahtouris participated in two invitational dialogues with HH the Dalai Lama in Dharamsala, India and in the Vatican, Rome. Her books include: — EarthDance: Living Systems in Evolution, Biology Revisioned, and A Walk Through Time: From Stardust to Us.