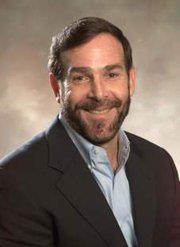 Rick Hayes-Roth, Author of “Truthiness Fever” is a Professor at the Naval Postgraduate School as well as Chairman & CEO of Truth Seal Corp., an organization that operates www.TruthSeal.com. Truth Seal’s mission is to create a market for truth telling by validating public statements, making the statements and their authors trustworthy, and rewarding TruthScouts who find evidence to falsify invalid claims.

His book focuses on truth, beliefs that best match empirical evidence. Truth contrasts with truthiness, beliefs supported primarily by emotions and feelings. When political satirist Steven Colbert celebrated the rise of “truthiness,” he called attention to an important pathology in our body politic. Over the past decade, it has become increasingly common and acceptable for public figures to boost whatever beliefs they feel will help their cause. Nowadays children mostly consume misleading and harmful information. We are poisoning their information environment as dangerously as sugary foods ruin nutrition and toxins pollute air, water, and soil.

Societies sometimes organize to regulate or eliminate pollutants. Lead and mercury were used for centuries before they were largely outlawed. Over the last few decades, we began to limit smog-producing gases, acid-rain components, and asthma-inducing particulates in our air. Recently the entire world has been struggling with the fact that rising levels of atmospheric carbon dioxide lead to higher global temperatures that kill forests, wipe out glaciers, and inundate low-lying islands and coastal areas. These problems, and others, can’t be solved unless our people understand the issues and wrestle with options. That requires operating on truth, not truthiness. However, society’s most powerful players are addicted to lying and foment truthiness fever purposefully. This book lays out a 10-Step Program for recovery from that addiction. The need is vital, and we are very short on time.