What are the scientific and ancient techniques of healing our minds?

“Hi there. I wanted to what the scientific and ancient techniques of healing our minds are as I recently read your latest post on the power of imagination.”

There were techniques for healing the mind and that virtually all major cultures. These techniques were often taught to people under the guise of being sacred teachings. Healing, whether it is healing of the body, the brain, or the mind (or all three), describes the process whereby a system that is out of balance internally or with respect to the environment (we refer to this balance as homeostasis), is wisely guided back toward the condition of balance. 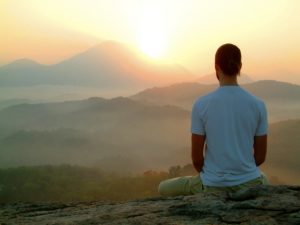 The most obvious technique is that of meditation. It’s a mainstay of healing in the ancient Christian world although our culture became reacquainted with it in yoga techniques such as Transcendental Meditation, Raj Yoga, and Vipassana Meditation. Most indigenous tribes employ Drumming, Singing, Chanting for inducing the trance state, which would favor surrender, relaxation of the body, and the incorporation of the belief that healing would occur (guided imagery).

Interpersonal healing would take place as petty differences would melt away in this very powerful healing state. Harmful habits, too, can vanish after such “trance-healing” and the positive imagery (suggestions, affirmations, visualizations) that accompanies it. What they all do, in spite of the often very colorful religion-specific narrative that is intrinsic to these rituals/ceremonies, is create a powerful focal point. They focus on and intensify mental and physical focus on the present moment. This opens the “mental application” that bypasses the “critical factor,” so that images now focused upon are accepted as true.

This results in direct programming and rebalancing of the Limbic System and other parts of the subconscious brain. It’s reprogramming it, if you will, and guiding it ever closer to complete healing each time the ritual is performed (e.g. meditating twice a day). Sometimes the healing would happen quickly and sometimes only after a period of time. (Unlike the digital computer, the nervous system needs a certain amount of time to rewire its neurons, unlike your laptop which wires changes in electrically and instantly).

Scientific techniques include Mind-Body therapies such as EMDR, Mindfulness-Based Stress Reduction, Heartmath, and Hypnotherapy. And, of course, Guided Imagery, which I developed back in the 1970s. I did this by applying my knowledge of computer programming to the information processing units that is our brain/mind and combined it with my learnings in hypnotherapy, meditation, prayer, music, and storytelling. Most scientific techniques integrate at least some of the principles of Guided Imagery into their teachings. What they all have in common is that the techniques focus and guide the mind to accept a certain narrative. This narrative brings peace, stress reduction, and a feeling of hope. The state of mind which is open, vulnerable, to the healing images, and philosophy of positiveness, hope, expectation, inspiration, and usually even reverence.

I am here to answer your questions about Deep Healing and Mind/Body Medicine. In a world besieged by specialists, my goal has been to address that little something that has disappeared from most specialties—the patient!

Send in your questions to [email protected] and I will select a few to answer. They may appear here or I might record my answer and share it on my YouTube.com channel. All personal information will be kept confidential.

Some of the questions and answers in Ask Dr. Miller were inspired by clients, conversations and some from Reddit threads. See my Reddit posts here.