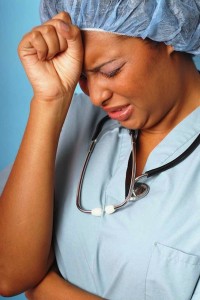 Characterized by brief or sudden attacks of intense terror and apprehension, panic attacks are a form of anxiety that often leads to trembling, confusion, dizziness, nausea, and difficulty breathing. A Panic attack tends to arise abruptly, peak at about 10 minutes, then subside. But for some people, they then may last for hours.

What Causes A Panic Attack?

Panic Attack symptoms often come on for the first time during the teen years or during adulthood. Most of the time when the first panic attack comes, the person feels suddenly at the mercy of a powerful and unexpected flood of overwhelming sensations – emotions, muscle tensions, and physical discomfort – and they feel as if they have been stricken with some seemingly terrible illness, like a heart attack or stroke.

Often, the feeling of panic will ensue soon after a frightening or overwhelming experience or after prolonged stress. For some people, however, panic attacks seem to arise spontaneously as well. For folks in this latter group, we may, in therapy, often discover there were “subliminal” thoughts of fear that triggered the panic attack symptoms.

When you are in the midst of a panic attack, you will feel a distorted sense of your body. Normal changes in body function (like a pain or unfamiliar tension) may trigger the fear that you have a life-threatening illness. Clinically this is called “hypervigilance followed by hypochondriasis.”

One of the worst features of Panic Disorder is that the sufferer begins to develop a fear of future attacks. This fear may lead him or her to avoid situations, even to the point of being afraid to leave the house (agoraphobia) as well as other drastic behaviors. This vicious cycle produces “the perfect storm” – you become afraid of fear itself!! 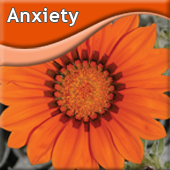 When periods of panic disrupt your life in any significant way, it is best to seek professional evaluation and help where needed. This is one condition where treatment with anti-anxiety medications is often a very wise choice. They can help you to stay functional and confident that you can deal with the attacks whenever they occur. Meanwhile, you can undergo whatever panic disorder treatment or therapy using Mind Tools and guided imagery that will work for you. Gradually, you can desensitize yourself and Free Yourself From Fear.

Dr. Miller has published a number of guided imagery audio programs such as Abolish Anxiety and Letting Go Of Stress that can help you learn how to control some of your panic attack/panic disorder symptoms. Check out the links below. Some may lead to other valuable information you need to know.